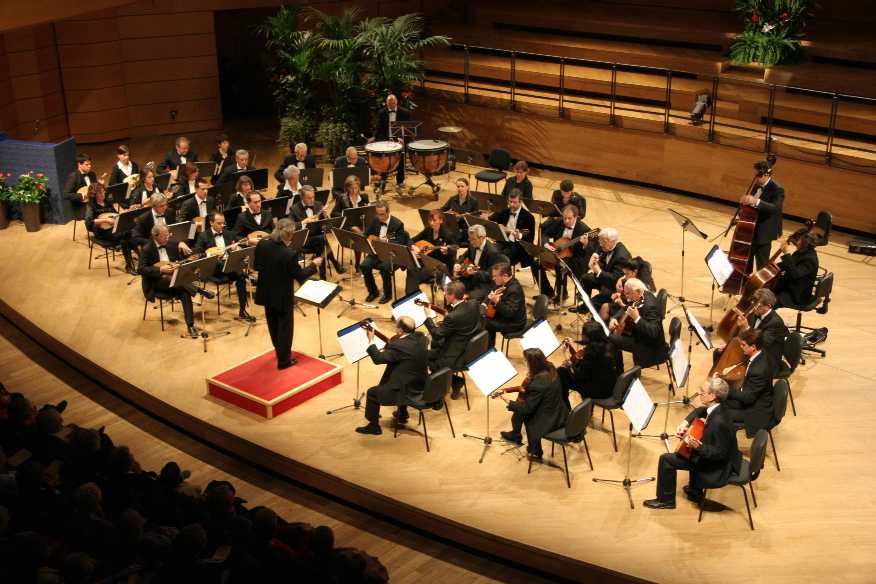 HOW THE MEDITERRANEAN ORCHESTRA WAS BORN

In the collective imagination, the mandolin is associated with Naples and the South of Italy but the mandolin orchestras have known a wide and widespread diffusion in the late nineteenth and early twentieth centuries especially in the northern and central regions of Italy where they had the important role of spreading of the symphonic and opera repertoire. For those who could not go to the theater (especially for economic problems), the opportunity to come into contact with the great masterpieces of opera and symphonies was often guaranteed by plectrum orchestras that interpreted transcripted repertoires. Hence the tendency to consider mandolins as “minor brothers” of stringed instruments and plectrum orchestras only emulators of symphonic orchestras.

The Tambur and the tamburitza orchestras

The name tamboura or tamburitza refers to a family of plectrum instruments, derived from the ancient Persian Tanbur. It is very popular in Central and Southern Europe and in particular in Croatia, Bosnia and Herzegovina, Serbia (Vojvodina), Slovenia, Hungary and Austria (Burgenland).

Probably these instruments were brought by the Turks to Bosnia between the 14th and the 16th century and from there they spread to other regions. It was, above all, in the 19th century that the tamburitza instruments gained popularity during the various nationalist movements against the Austro-Hungarian empire. Many countries like Croatia and Czechoslovakia used songs and popular songs as "an expression of their national identity". The first, important composer for tamburitza orchestras was Pajo Kolaric who founded the first amateur orchestra in Osijek in 1847. Even in the early 20th century the ethnomusicologist Vinko Zganec wrote several popular songs that until then were handed down orally from one generation to the next. The popularity of the tambour instruments continued to grow even in the 20th century. The first large tamboura orchestra of Radio Novi Sad was founded in 1951 under the direction of Sava Vukosavljev who composed and arranged many pieces for orchestra, publishing them in the book: Vojvodanska tambura. There are various types of tamboura instruments that are also distinguished according to the number of strings that can be single or double or only partially double. The main instruments which form the orchestra are: bisernitza, brac, celovic, bugarija, celo, bas (berde). 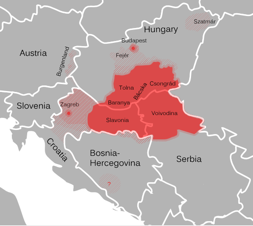 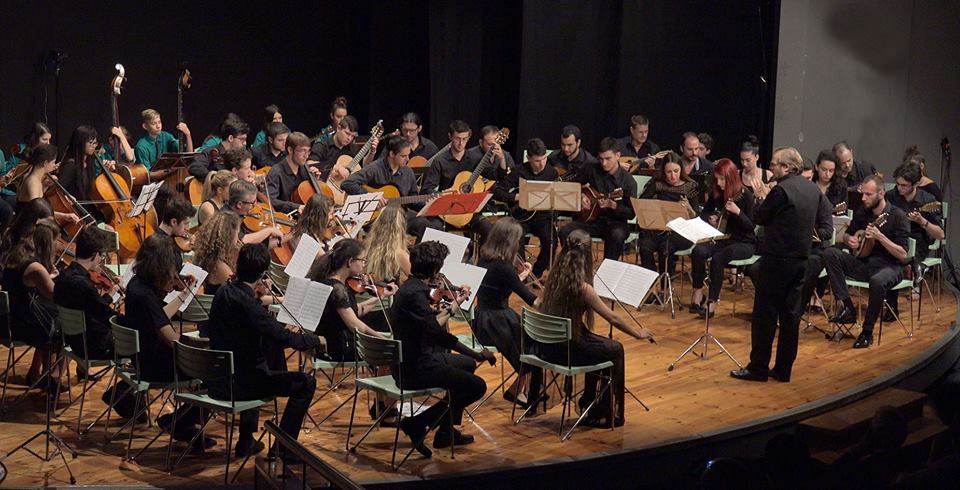 At this point we must point out that in the globalized society in which for some time we live, more often than in the past, there have been meetings and dialogues between cultures, opening moments, a willingness to exchange, a search for diversity especially in the music, for its expressive power and for the universality of its language. Therefore the meeting between plectrum and string instruments was inevitable, discovering that, together and with music specifically composed, they could realize a new and more attractive "interweaving" of sounds.